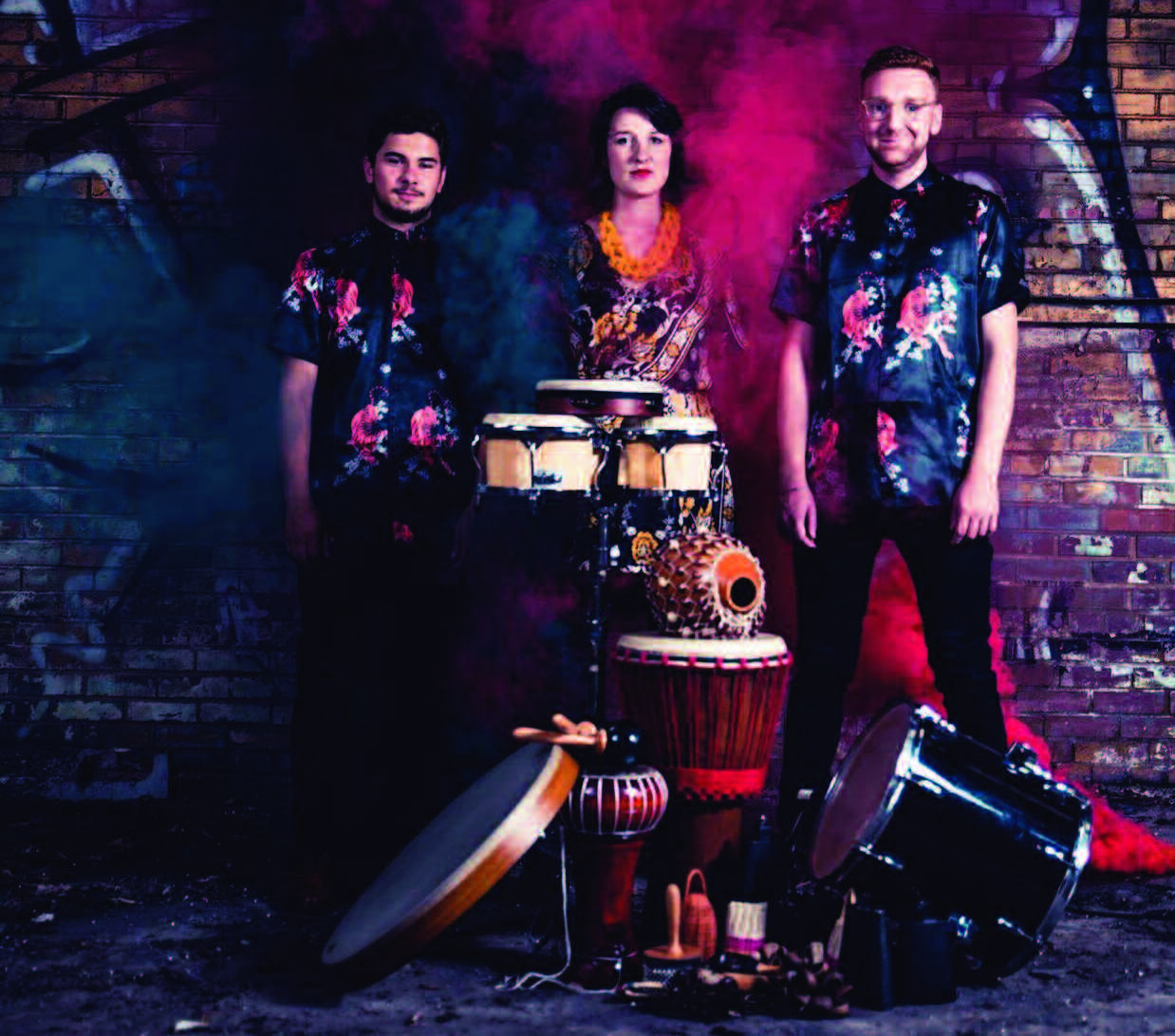 Sandbach percussionist Graham Proctor, joins forces with Delia Stevens (Kabantu) and André Nadais to give us a thrilling evening of percussion music.

3. Nirmāṇakāya: physicality within time and space

Among their individual accolades you will find the Portuguese Young Musician of the Year, Royal Over-Seas League Winner, RNCM Concerto Competition Winner, RNCM Gold Medal Winner and the BBC Young Musician of the Year Category Finalist. They have all performed all over the world, from China to Wigmore Hall to the BBC Proms and now come together to form a spectacular trio.

Trikāya’s programmes span centuries of music and drawing on the virtuosity and free spirit percussion can offer across an incredible variety of instruments, from the stunning sound of three marimbas played with four mallets, to the rhythmic drive of bass drums, Chinese gongs and bongos. Trikaya explore limitless sound worlds via exhilarating performance to incite the adventurous and curious among the audience.