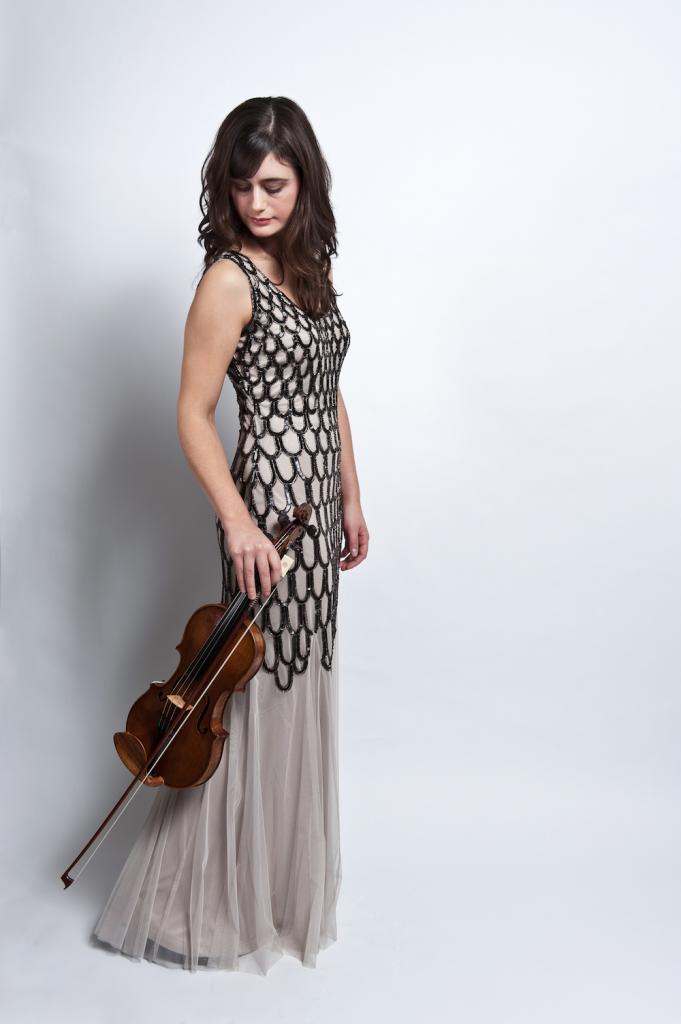 Sophie Rosa and Benjamin Powell return to Sandbach Concert Series to perform a programme centering around Beethoven Violin Sonata in G major, Op. 96. Known for its etherial serenity and lyrical beauty, the last of the ten sonatas is undoubtedly one of the most sublime works in the violin and piano duo repertoire. The concert will also include favourite works by Fritz Kreisler and virtuosic Brahms Hungarian Dances.

raffle in aid of SCS Young Musician of the Year competition

One of the UK's most exciting violinists, Sophie Rosa was awarded the Second Prize and Audience Prize at the 2nd Manchester International Violin Competition 2011. She has performed across the UK as a recitalist in venues including the Royal Festival Hall, the Purcell Room and Bridgewater Hall as well as appearing with the Royal Liverpool Philharmonic Orchestra and the Manchester Camerata. Sophie has broadcast for BBC Radio 3 and Classic FM. Sophie has performed regularly throughout the UK and internationally from a very young age. In 2006 she was a finalist in the BBC Young Musician of the Year Competition and was the First Prize winner of the Lions European Music Competition, Cannes. Sophie studied at Chetham’s School of Music and the Royal Northern College of Music with Wen zhou Li. She was a recipient of the RNCM Gold Medal and was also awarded the Worshipful Company of Musicians Silver Medal in recognition of her musical achievements. Sophie was also a recipient of the MBF Ian Fleming Charitable Trust Award. After completing her Masters Degree with Distinction, Sophie completed the RNCM International Artist Diploma in Solo Performance and furthered her studies in America with Midori Goto, Miriam Fried and Donald Weilerstein. Sophie has performed at the MBNA Chester Music Festival, The Manchester Midday Concert Society, The Aurora Festival, Sweden, Musique Cordiale Festival, France, Huddersfield Contemporary Music Festival and the International Musicians Seminar, Prussia Cove. As a chamber musician Sophie has collaborated with notable musicians including Martin Roscoe, Nobuko Imai, Hannah Roberts, Craig Ogden and James Gilchrist. Sophie was kindly supported by several award foundations including the Philharmonia Orchestra Martin Music Scholarship, The Solti Foundation, The Hattori Foundation, The Manchester Graucob Award, the Leverhulme Scholarship, The High Sheriff of Cheshire Prize for Music, The Stephen Bell Charitable Trust, The Lauriston School Trust, The Stanley Picker Trust and Help Musicians UK. Sophie’s debut album, ‘Rêve d’Enfant’ was released in February 2016 on the Champs Hill Records label. Sophie currently plays on a Joseph Gagliano violin dated 1795 made available through the generous support of the Stradivari Trust. www.sophierosa.com