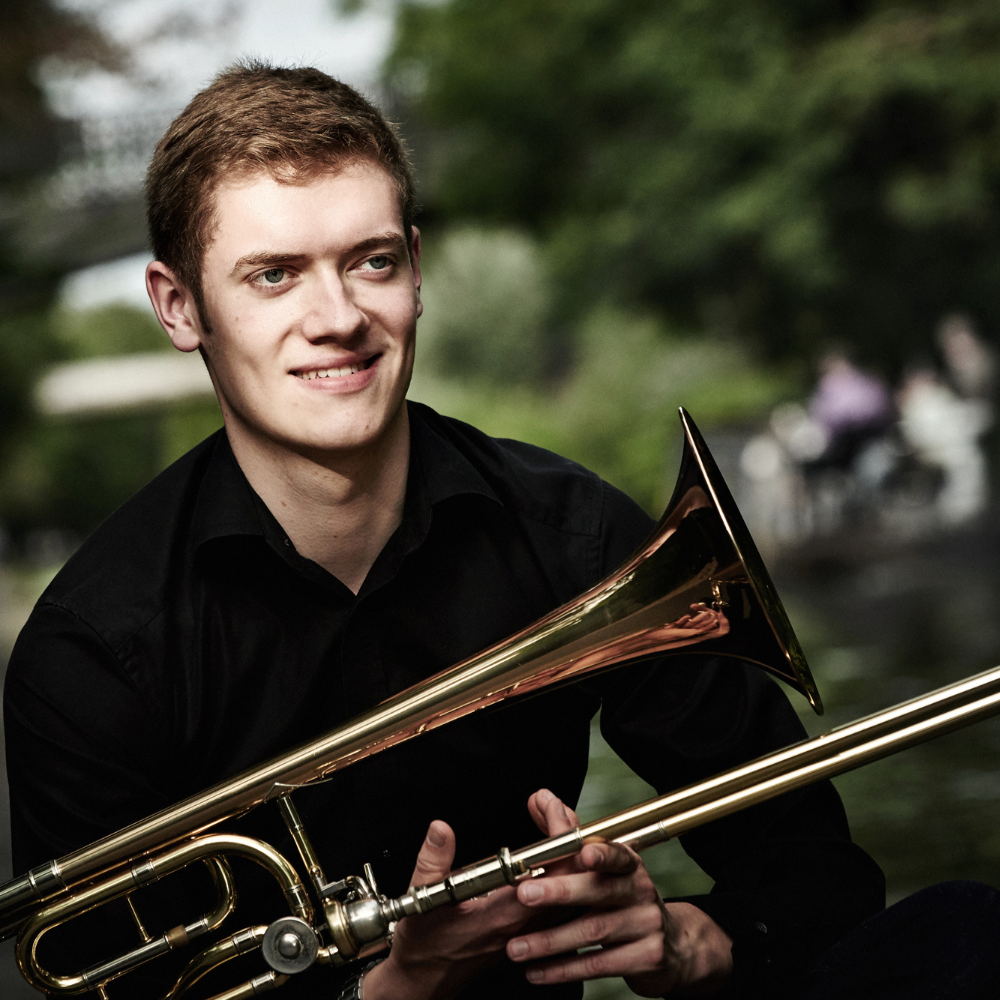 From his brass band roots, Peter Moore became BBC Young Musician of the Year in May 2008, aged 12 years old! After studying at Chetham’s School of Music in Manchester, Peter was announced as the co-principal trombonist of the London Symphony Orchestra, at 18 the youngest ever member of the orchestra.