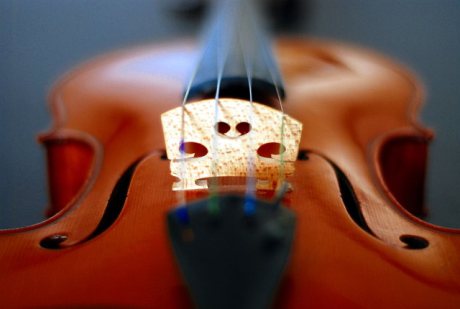 Why not make an evening of it and book your pre-concert dinner at www.lacasavecchia.co.uk who are kindly helping to sponsor the first concert series

Thank you to Shackleford Pianos who are sponsoring this concert

Poulenc:  Sonata for Clarinet and Piano

James Muirhead – Clarinet   Born in Lanarkshire, Scotland, James studied at the Royal Scottish Academy of Music where he won the clarinet prize and continued his studies a the RNCM with Sidney Fell. Upon graduating James freelanced with many of the country's major orchestras, touring musicals, jazz ensembles and as a pianist MD for Manchester’s Library Theatre Company. During this period he was the featured clarinettist at Granada Studios in numerous TV dramas.

In 1986 he performed with the American composer John Adams in the world premier of his opera "Nixon in China" at the Edinburgh Festival. In 1990 James joined the clarinet section of the Hallé Orchestra, and has enjoyed the opportunity to tour the world performing in every major city. The orchestra has just celebrated it's 150th birthday, performing concerts in Manchester every year since 1858.

James regularly performs as a soloist with the Hallé, as a saxophonist in Christopher Gunning's "Poirot Variants", and this season in the Hollywood dilm composer John William's concerto "Escapades" based on his score for the film "Catch Me If You Can." In Jazz, he has performed with Kenny Baker, John Dankworth, Roy Willox, Mark Nightingale, Julian Joseph quartet, Branford Marsalis, and Bob Mintzer at the 2006 World Saxophone Congress in Slovenia. James is also tutor at Chetham's School of Music where he also directs the Big Band.

Sarah Brandwood-Spencer – violin Since her debut as a soloist in Paris to an audience of 3,000, Sarah has enjoyed a busy career as a soloist, chamber musician and orchestral player. She has toured the world as principal and soloist with the European Union Chamber Orchestra, been guest associate concertmaster with the Canadian Opera Company, been a principal player with the prestigious Goldberg Ensemble and is a founder member, principal and soloist with the Lancashire Sinfionetta.

Sarah has been a principal violinist of the Halle orchestra since 2005 and is a passionate chamber musician both with her colleagues in the Chagall Ensemble and her jazz guitar and violin duet with her husband Jason Brown.

Martyn Parkes – piano Martyn has worked with both The BBC Philharmonic Orchestra and Hallé Orchestra and for Granada TV (The Forsyte Saga) Carlton TV (Britain’s Brilliant Prodigies) BBC Radio 4 (You and Yours) and BBC TV (Young Musicians and Classical Star.)

Martyn has accompanied recitals at many international venues, including The Wigmore Hall in London, The Bridgewater Hall in Manchester, Llangollen Pavilion in Wales, The Nordic House in Reykjavik, Iceland and St.Johns Church on the South Bank in Melbourne, Australia. On the domestic front, duo recitals have been given for many Music Clubs and Societies across the UK.