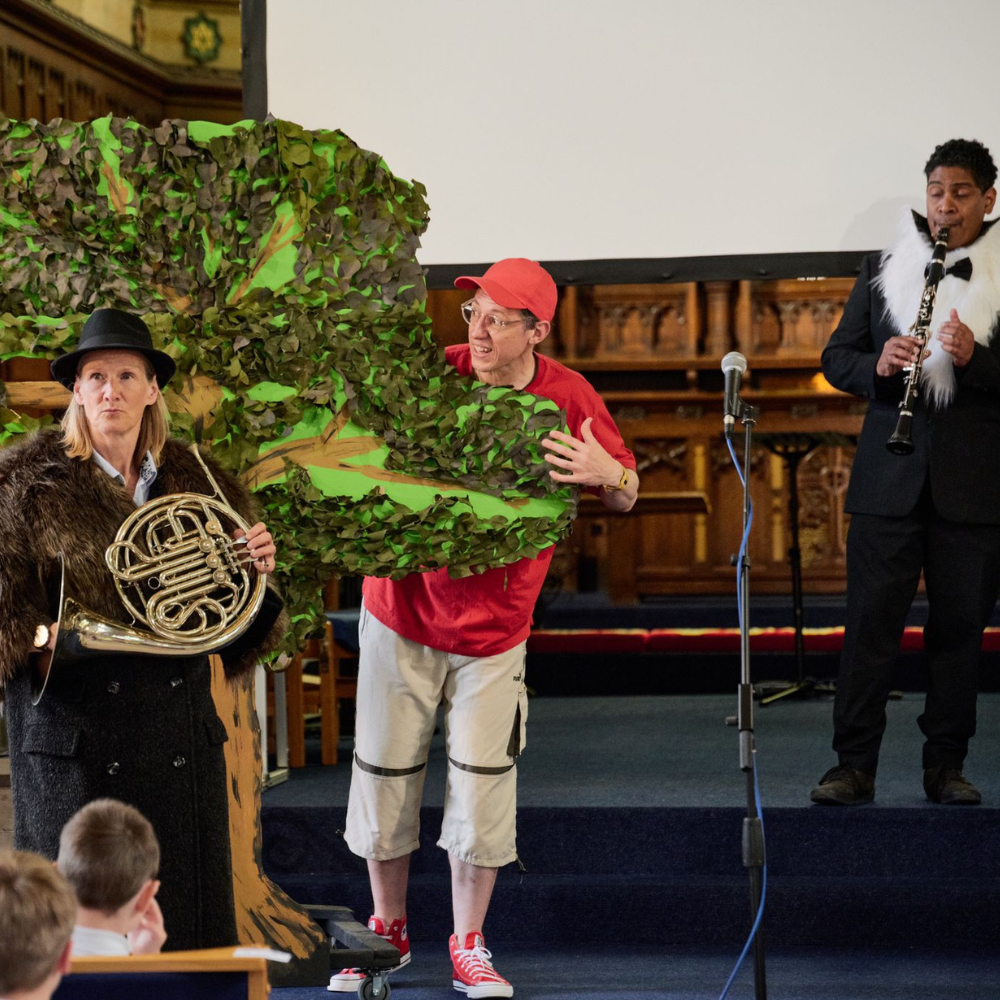 The innovative team at Carrot Productions – the world’s leading performers of The Snowman film & Wallace & Gromit in concert with live orchestra – present ‘Peter and the Wolf’ and ‘The Bear and the Piano’. Prokovief’s classic symphonic fairy tale has been abridged for wind quintet and piano, and is performed in costume and from memory. The programme also includes the animated film of David Litchfield’s award-winning book, The Bear and the Piano, with narration recorded by Joanna Lumley and original music by Daniel Whibley played live by the sextet.