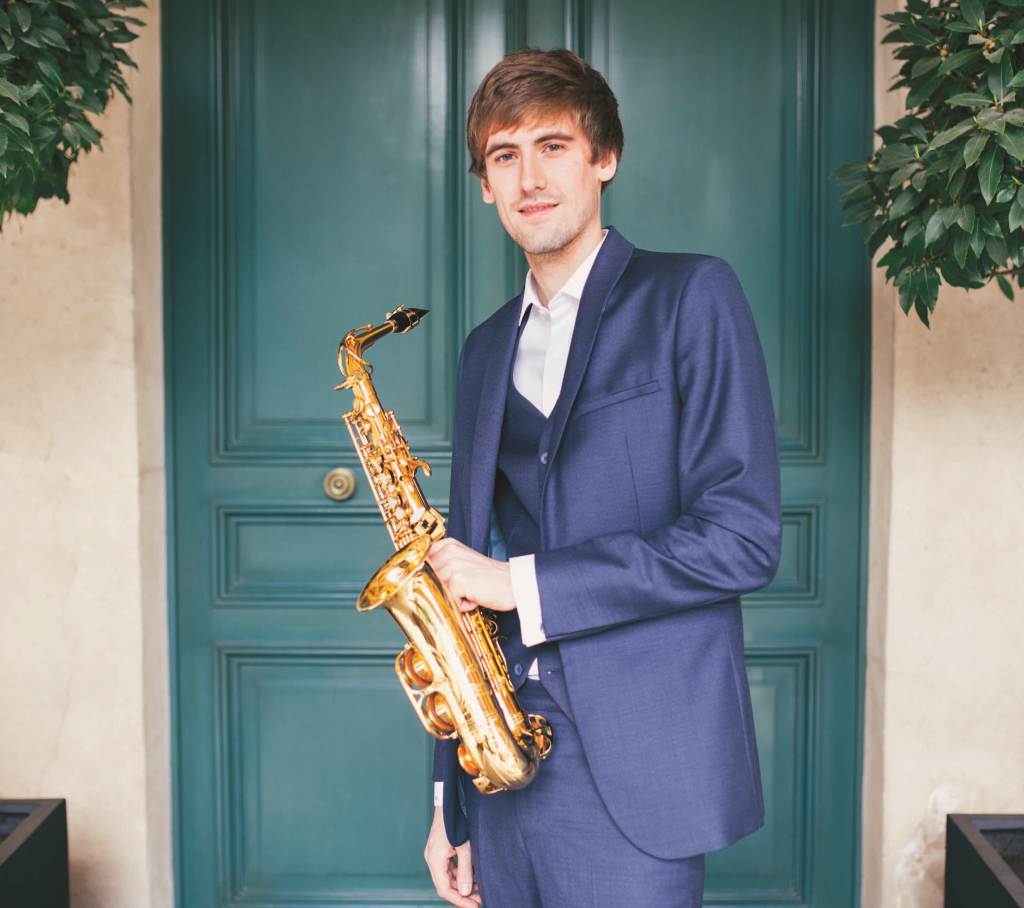 We are delighted to open our tenth season with a recital by prize winning saxophonist Jonathan Radford with pianist Ashley Fripp. Continuing our partnership with the ROSL this concert is kindly sponsored by Iain and Susan Pettman & the Royal Over-Seas League.

arr. for soprano saxophone and piano

no.1 Granada
no.3 Sevilla

Jonathan Radford – Praised for his “exceptional musicianship and emotive playing”, saxophonist Jonathan Radford is the 2018 Royal Over-Seas League Music Competition Gold Medalist and first prize winner. He is currently a Philip and Dorothy Green Young Artist with Making Music (PDGYA), a Park Lane Group Young Artist, a Tunnell Trust Artist and a Countess of Munster Musical Trust Recital Scheme Artist. He is featured as a Rising Star in the August 2018 BBC Music Magazine. Jonathan has given recitals at major venues in Europe including Wigmore Hall, St John’s Smith
Square, Bridgewater Hall in Manchester, Grieg Hall in Bergen, the Centre Pompidou and Philharmonie in Paris.  He has appeared as soloist with several orchestras including the Slovenian
Chamber Orchestra and Liverpool Mozart Orchestra. A keen advocate of contemporary music he
has premiered works by Luis Naón (co-commissioned by Radio France), Betsy Jolas (commissioned by the CNSM) and collaborated with IRCAM in Paris.

Highlights this season include recitals throughout the UK, performances at the Purcell Room
(Southbank Centre), St Martin-in-the Fields and at the Lichfield, Buxton, Brighton, Lake District and
Deal Festivals. Over the past year Jonathan explored and commissioned new works for saxophone
and mixed ensemble as part of his Junior Fellowship at the Royal College of Music. Born in 1990, Jonathan studied at Chetham’s Schools of Music and at the Conservatoire National Supérieur de Musique de Paris (CNSM) with Claude Delangle, graduating in 2017 with Masters degrees in both saxophone and chamber music with distinction. He recently graduated from the prestigious Artist Diploma course at the Royal College of Music, London with Kyle Horch where he was the Mills Williams Junior Fellow 2017-18.

Ashley Fripp – British pianist Ashley Fripp has performed extensively as recitalist, chamber musician and concerto soloist throughout Europe, Asia, North America, Africa and Australia in many of the world’s most prestigious concert halls. Highlights include the Carnegie Hall (New York), Musikverein (Vienna), Concertgebouw (Amsterdam), the Philharmonie halls of Cologne, Paris, Luxembourg and Warsaw, the Bozar (Brussels), the Royal Festival, Barbican and Wigmore Halls (London), the Laeiszhalle (Hamburg), the Megaron (Athens), Konzerthaus Dortmund, the Gulbenkian Auditorium (Lisbon) and the Konserthus (Stockholm). He has won prizes at more than a dozen national and international competitions, including at the Hamamatsu (Japan), Birmingham and Leeds International Piano Competitions, the Royal Over-Seas League Competition, the Concours Européen de Piano (France) and the coveted Gold Medal from the Guildhall School of Music &amp; Drama. In 2013, Ashley won the Worshipful Company of Musicians’ highest award, The Prince’s Prize was chosen as a ‘Rising Star’ by the European Concert Hall Organisation (ECHO). He has also performed in the Chipping Campden, Edinburgh, Brighton, Bath, City of London and St. Magnus International Festivals as well as the Oxford International Piano Festival and the Festival Pontino di Musica (Italy). A frequent guest on broadcasting networks, Ashley has appeared on BBC television and radio, Euroclassical, Eurovision TV and the national radio stations of Hungary, Spain, Luxembourg, the Netherlands, Poland, Belgium and Portugal. He has collaborated with orchestras including the Lithuanian National Symphony Orchestra, the National Youth Orchestra of Great Britain, the Milton Keynes City Orchestra and the Kammerorchester der Universität Regensburg (with whom, in 2012, he recorded Chopin Piano Concertos Nos. 1 &amp; 2). He has worked with conductors including Semyon Bychkov, James Judd, Vasily Petrenko, Robertas Šervenikas, Hilary Davan Wetton, Jonathan Bloxham, Graham Buckland and Peter Stark. Ashley Fripp studied at the Guildhall School of Music &amp; Drama with Ronan O’Hora. He is currently studying with Eliso Virsaladze at the Scuola di Musica di Fiesole (Italy) and undertaking doctoral studies into the piano music of Thomas Adès at the Guildhall School.