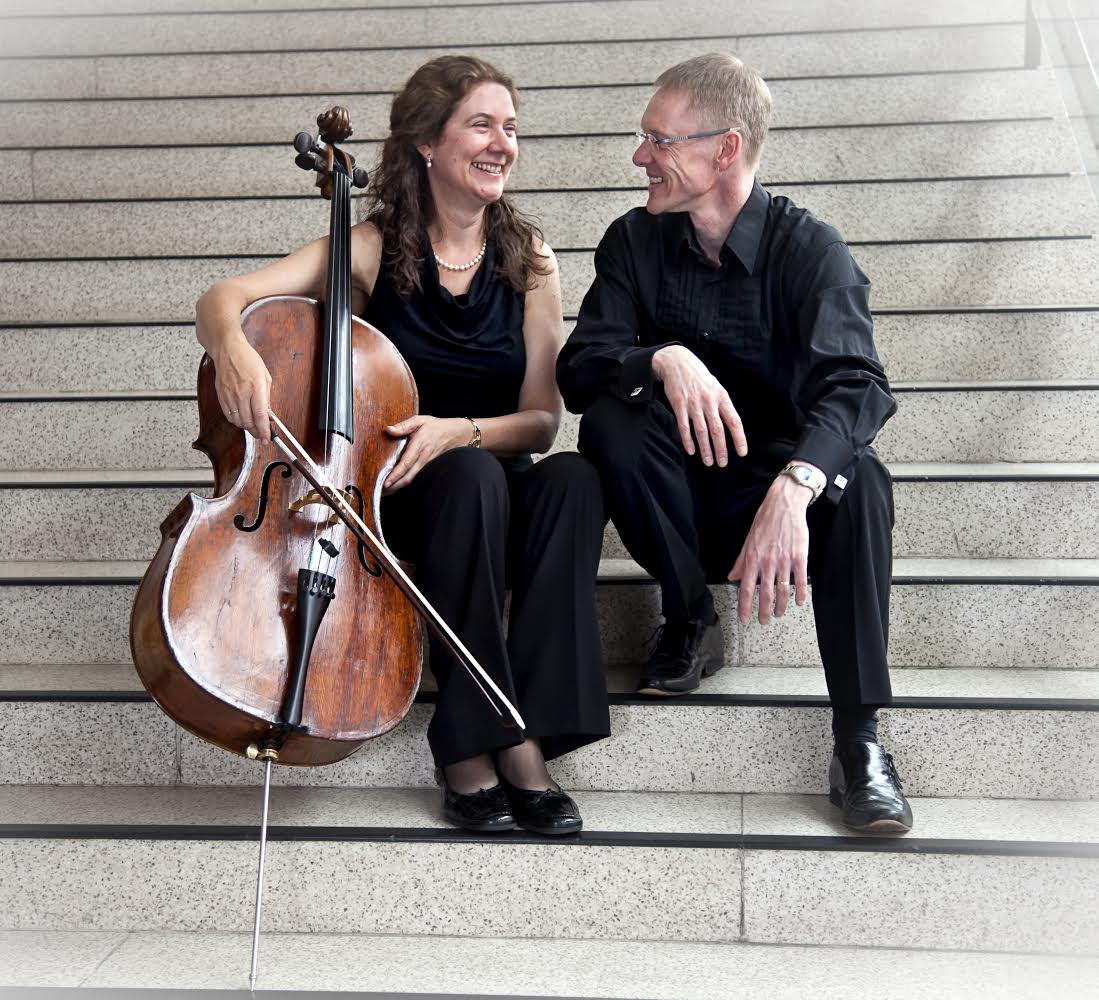 Husband and wife duo, Heather & Harvey, play music by Beethoven, Rachmaninov & the energetic variations by Martinu on a theme by Rossini.

Heather Bills was born in Adelaide, South Australia and came to the UK on a scholarship to take up studies at the Royal College of Music in London, studying with Christopher Bunting & Amaryllis Fleming, during which time she won the Australia Prize of the Royal Overseas League Competition and prizes for chamber music at the RCM. She participated in solo and chamber music courses with such esteemed musicians as William Pleeth, Jacqueline du Pre, Ralph Kirshbaum and Emmanuel Hurwitz in Banff, Dartington, Prussia Cove, Monterosso & Perugia respectively, where her love for chamber music was firmly established. Heather was the Co-principal Cellist of the Halle Orchestra in Manchester from ’83-’90 before moving to Anglesey, North Wales where she became a member of the chamber group Ensemble Cymru & principal cellist of the Welsh Chamber Orchestra. In 2008 she returned to Manchester & re-established a busy freelance career.

Harvey Davies began playing the piano before he was three. He was a chorister at New College, Oxford, before attending Marlborough College with a top Music Scholarship. Harvey studied with Helen Davies and David Parkhouse before going to Ryszard Bakst at the Royal Northern College of Music from 1983 to 1987. In 1990 Harvey gave his South Bank debut during the Park Lane Group’s prestigious contemporary music series and has performed at most of the UK’s significant venues. Harvey is established as a fine chamber musician and accompanist. He has worked with many eminent musicians including Atar Arad, Alison Balsom, Alfie Boe, Rebecca Evans, Catrin Finch, Evelyn Glennie, Emma Johnson, Guy Johnston, and Jennifer Pike. Harvey runs a chamber music series in Manchester and Wilmslow with his exciting new group The Pleyel Ensemble. Comprising some of the UK’s leading instrumentalists the Pleyels are indulging their interests in performing lesser-known 18th century as well as British chamber music and are actively commissioning new music.  Harvey is the pianist in Ensemble Cymru. They were nominated for a Royal Philharmonic Society Award in 2006 and continue to receive acclaim for their innovative work in education as well as their performances. Harvey has recently been appointed as Teaching Fellow in Historical Performance at the Royal Northern College of Music where he is also a staff pianist. He is regularly an artist at the Two Moors Festival, and was for ten years official pianist at the National Eisteddfod of Wales and an ABRSM examiner.