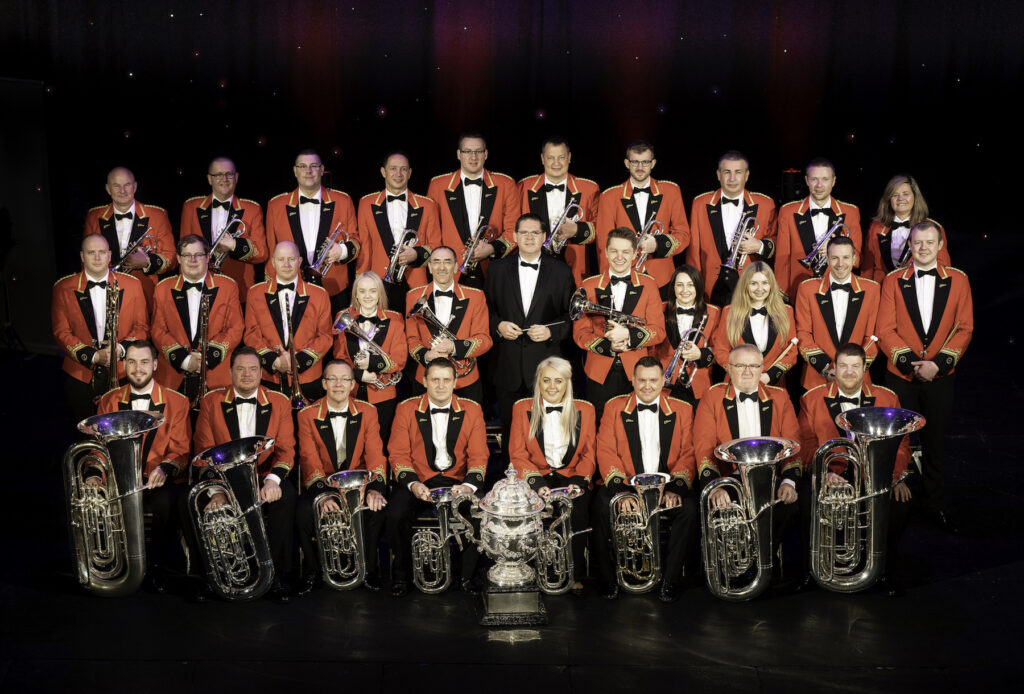 Oh Love That Will Not Let Me Go – George Matheson arr. Nick Birch

To celebrate the relief of Mafeking during the Boer War in 1900, a brass band was established in the village of Elworth, near Sandbach in Cheshire.  The band was adopted by local industrialist Edwin Foden and was named The Foden’s Motorworks Band.  From these humble beginnings few would have thought this band would go on to win twelve British Open titles, fifteen National Championships of Great Britain and an unparalleled double hat-trick in 1932, 33, 34 and in 1936, 37 and 38. The band currently holds the record for the number of Area Contest wins with an unprecedented 23 North West Area titles

Around the world Foden’s Band is a trademark that musicians associate with inestimable class and musicianship. This fact is reflected in the wide variety of countries that the band has toured, Italy, Switzerland, America, Ireland, France, Norway, Finland, Denmark and Israel.

The association which Foden’s has with the most respected and renowned conductors Bramwell Tovey, Allan Withington, Howard Snell, Nicholas Childs and Michael Fowles has developed the band’s ever-increasingrepertoire and also their standards to unprecedented levels, allowing them to provide audiences with musically aesthetic performances as well as stepping outside the boundaries of the usual brass band concert repertoire.

In 2012 Foden’s set up a Youth Band to nurture the very best youth musicians in the area to become the future of the brass industry and in 2015 set up a Junior Band to act as a feeder to the Youth Band. The Foden’s solo competition (held annually in November and staffed by players of the band) regularly attracts over 170 players from around the World. Foden’s also have partnerships with all the various Youth organisations in Cheshire and also run an annual non-competitive Youth Festival.

In 2012 Foden’s cemented themselves as one of the leading Brass Bands in the World winning a rare and exceptional ‘Double’ being crowned 2012 British Open and National Champions . In doing so the band defeated the very best bands in Britain at the World’s two most prestigious competitions.

As well as being very successful on the contest front the band have won numerous awards for cd releases, regularly appear on BBC TV and Radio and perform at all the countries leading concert halls