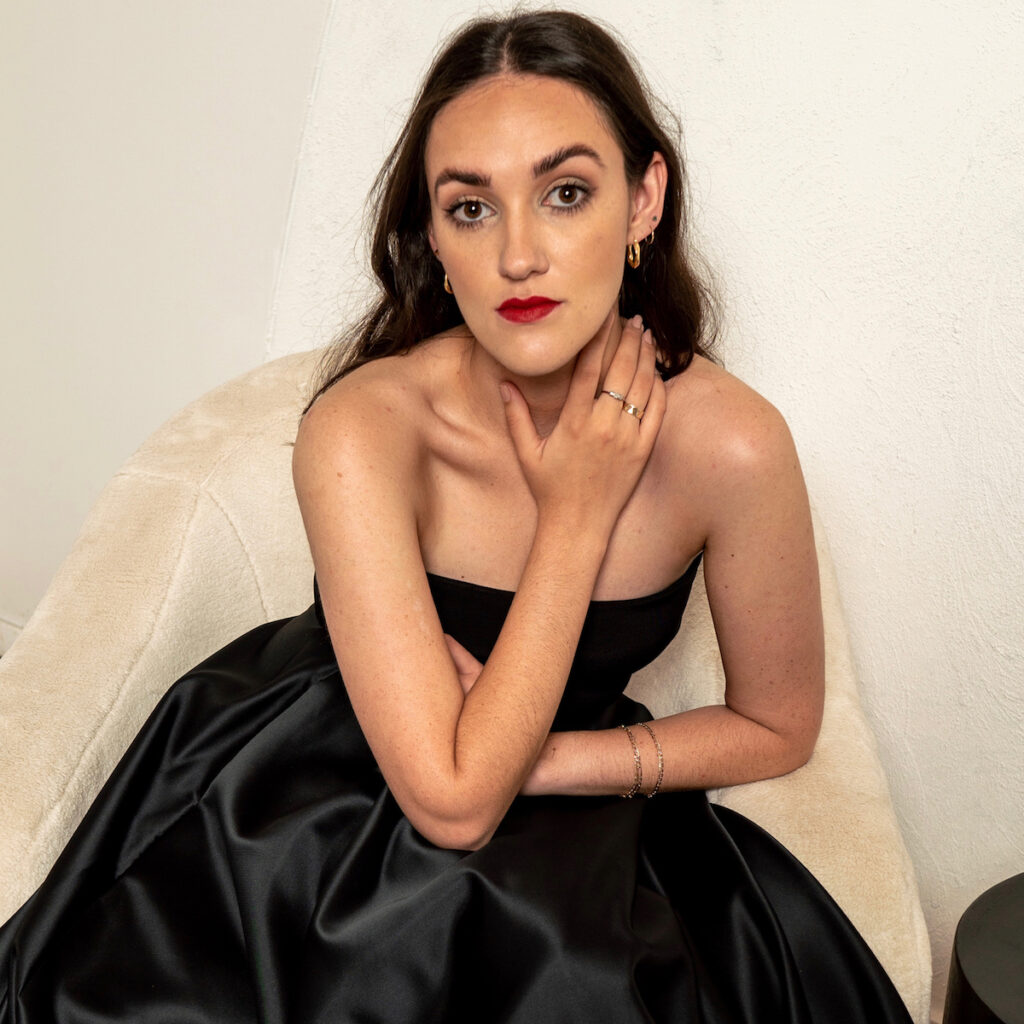 With International Woman’s Day being celebrated in early March, Daniella Sicari (soprano) and Jonathan Fisher (piano) offer a programme that features female composers from the late 19th and 20th cent. This recital will include songs by composers such as Clarke, Boulanger and Beach.

Greeting
Down by the Sally Gardens

Australian/British soprano Daniella Sicari has been steadily building a reputation in the UK as an engaging singer on stage with a warm and sweet tone.

​In 2022 Daniella will be performing with Opera Holland Park in their production of Mark Adamo’s Little Women. She will be singing in the quartet and covering the role of Beth.

Most recent engagements include Anne Egerman (A Little Night Music) with Buxton International Festival 2021 and Gianetta (The Elixir of Love) with Waterperry Opera Festival 2021 along with a revival of Ariel by Jonathan Dove.

In 2019 she had her debut appearance at the Buxton International Festival, performing the role of ‘Sticks’ in the UK premier of The Orphans of Koombu. Later that year, she travelled to Norway where she sang with Bergen Nasjonale Opera in Sweeney Todd (chorus) and studied the role of Johanna. She has also worked with Clonter Opera on various projects including their School Workshops (2018), Touring Opera Gala (2018), Digital Outreach Recitals (2020) and Online Masterclasses (2020). In 2020, Daniella had her debut at Waterperry Opera Festival performing a one-woman staged song cycle of Ariel by Jonathan Dove and is delighted to be returning again in 2021.

Daniella is the recipient of numerous awards such as the Western Australian Young People & The Arts International Award, Amanda Roocroft Prize, The Joyce & Michael Kennedy Strauss Prize, The James & Mary Glass Scholarship, John Cameron Award for Lieder, The Elizabeth Harwood Prize and Robin Kay Memorial Prize. In 2019, Daniella came second at the Bampton Opera Competition and in 2020 was a finalist in the Sydney Eisteddford and Joan Sutherland & Richard Bonynge Bel Canto Awards