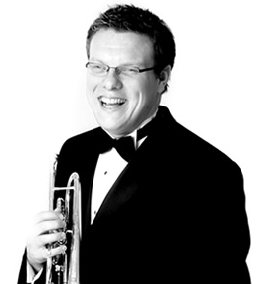 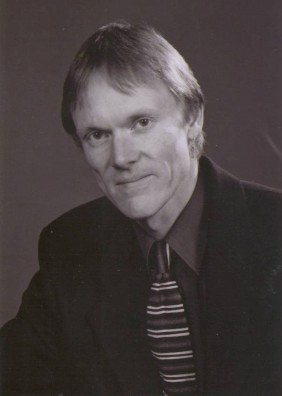 One of the finest cornet players of his generation, Richard began playing the cornet at the age of 9 years old. Throughout his early playing years he became a recipient of numerous awards such as the Harry Mortimer Brass Student of the Year, the Professor Charles Leggett Cornet Prize and he became the British Open Junior Solo Champion in successive years.

It was in 1996, whilst at the age of 19 that Richard became principal cornet of the Grimethorpe Colliery Band, a position he held for 10 years. During his time at Grimethorpe Richard gained a BA (Hons) in Band Studies and an LRSM in Bandmastership. He was also awarded the Soloist Prize at the Brass in Concert Championships on no less than 3 occasions.

His debut solo CD "The Debutante" was released in 1999, and his second CD “Blaze” was released in 2005. Blaze received world-wide acclaim and it was awarded the British Bandsman and 4barsrest Solo CD of the Year.

As a performer Richard has travelled to Australia, New Zealand, Japan, Hong Kong, Canada, America and several European countries. He has performed solos in some of the world’s finest concert venues such as Sydney Opera House and Carnegie Hall.

Richard is a regular tutor with the National Youth Brass Band of Great Britain, Yorkshire Youth Brass Band and the International Brass Band Summer School. He is also a cornet tutor at the Royal Northern College of Music and Birmingham Conservatoire.

2007 saw the release of Richard’s third solo CD ‘Eminence’. It was awarded Solo CD of the Year 2007 by the British Bandsman, Brass Band World and 4barsrest.

Richard is currently principal cornet of the world famous Black Dyke Band, a position that is known as the "hottest seat in banding".

Harvey Davies began playing the piano before he was three. He was a chorister at New College, Oxford, then went with a top Music Scholarship to Marlborough College. Harvey studied the piano with Helen Davies and David Parkhouse before going to Ryszard Bakst at the Royal Northern College of Music from 1983 to 1987. In 1987, Harvey won the title of Young Musician of the Year at the Llangollen International Eisteddfod and in 1990 gave his South Bank debut during the Park Lane Group’s prestigious contemporary music series. Harvey is now well established as a fine chamber musician and accompanist. He has worked with many eminent musicians including Atar Arad, Alison Balsom, Alfie Boe, Janet Hilton, Guy Johnston, Jennifer Pike and Emma Johnson and continues to collaborate with numerous instrumentalists and singers around the world. Since 1998 Harvey has toured the Middle East regularly with finalists from the BBC Young Musician of the Year for Penny Adie Productions