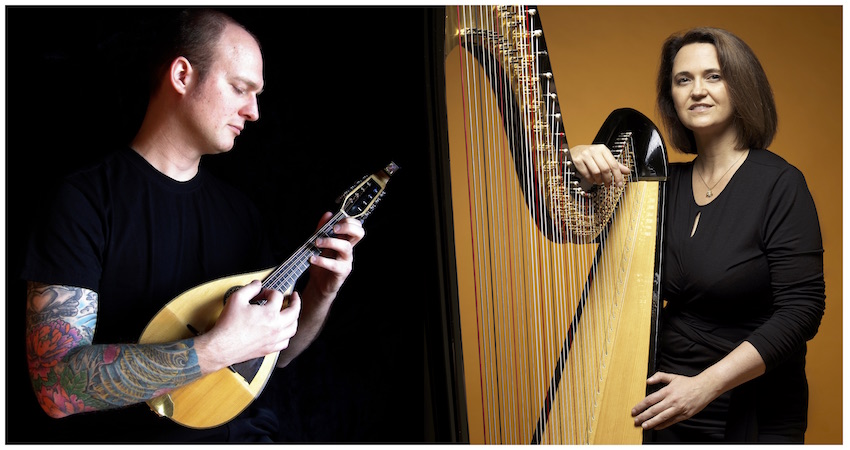 Leading American classical mandolinist, Chris Acquavella makes a special visit to Sandbach to join forces with local harpist Lauren Scott. Together they present a mix of baroque, romantic and accessible contemporary classical music for mandolin and harp in the first of a whistle-stop tour of concerts across the UK.

A special one off project with U.S/German mandolinist Chris Acquavella to mark 10 years since the passing of mandolinist Alison Stephens, who was the leading exponent of the classical mandolin in the UK. She was the first graduate of mandolin from the former Trinity College of Music, was Professor of Mandolin at Trinity Laban and was awarded a posthumous Honorary Fellowship by them ten years ago. If you listen to ClassicFM radio and hear a mandolin recording, there is a very good chance it’s a recording by Alison!

Lauren Scott & Alison had a mandolin and harp duo for nearly 20 years, going under the name of Duo Mandala, released an Album called “Tapestry” on Black Box label, had many pieces written for them and performed around the UK. Chris Acquavella (who studied and worked with Alison) initiated this project to commemorate the anniversary, and will be joined by Lauren playing pieces written for Duo Mandala as well as other mandolin repertoire associated with Alison.