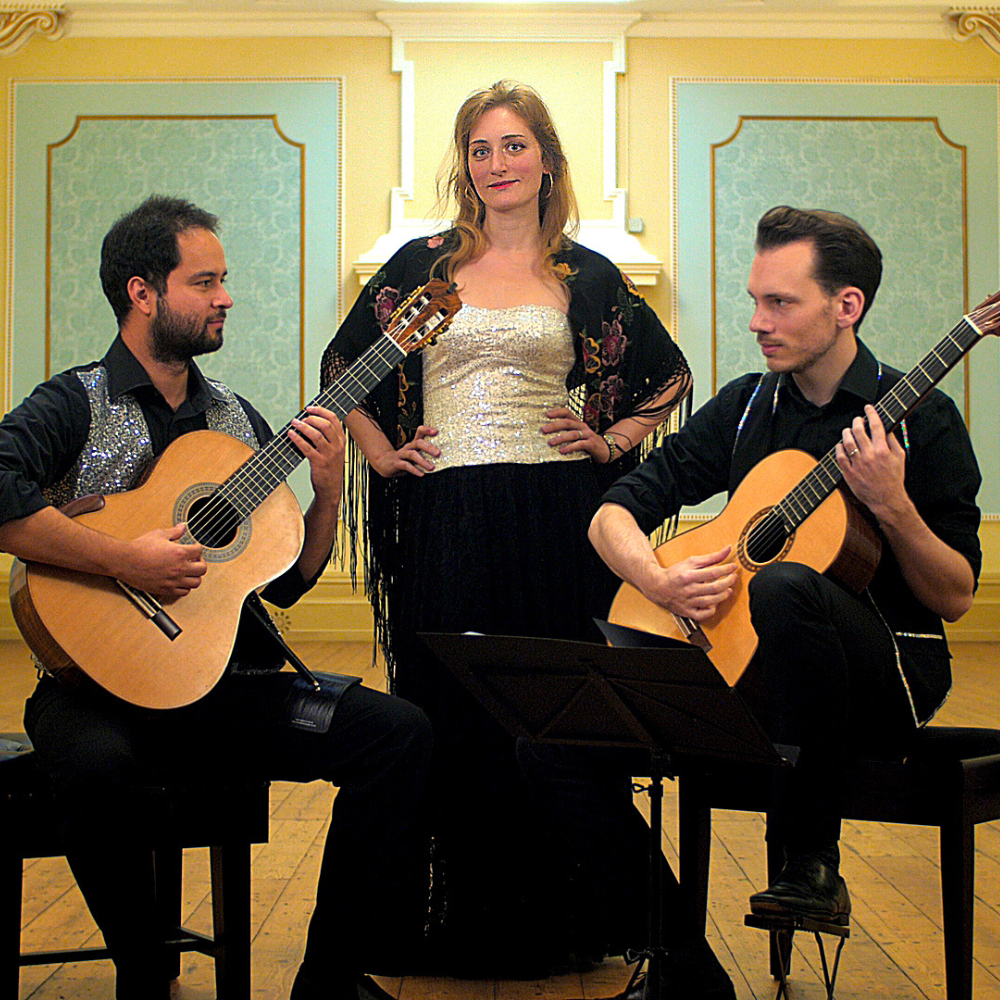 CarmenCo is a trio comprising two guitarists and a flautist who also sings. They arrange most of their own repertoire and nothing is off limits – if they like it they will play it! Tonight’s one-hour programme will feature Mozart’s flute quartet in D and Elgar’s Sea Pictures, alongside Andy Scott, Ian Clarke and Steve Goss, and some fantastic Spanish guitar duos by Turina. The programme will finish with a fiery and virtuosic fantasia on themes from Carmen.