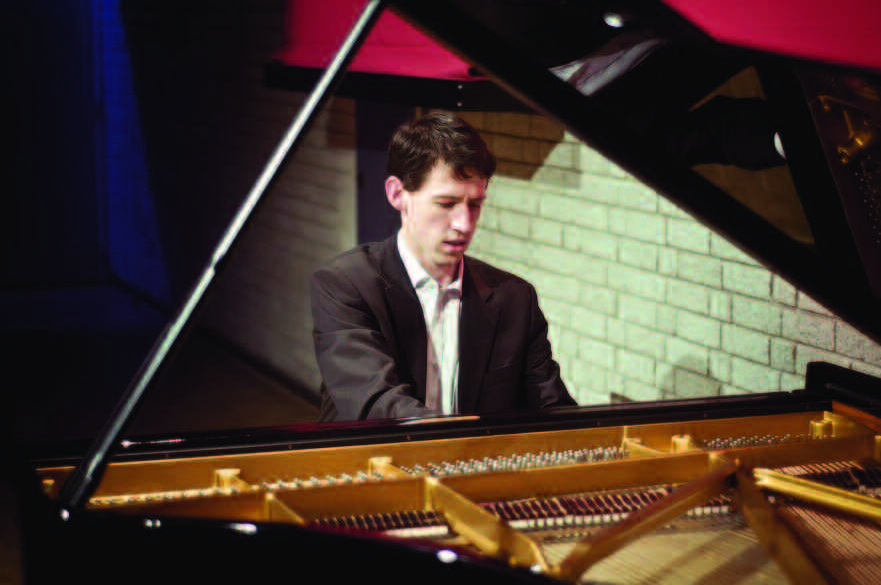 A regular performer at our series accompanying violinist Sophie Rosa, Ben Powell (winner of the British Contemporary Piano Competition) returns to Sandbach to present an evening of solo piano music. A consummate musician and keen educator (RNCM), Ben performs across the UK and abroad both as a soloist and as a chamber musician.

Since winning the British Contemporary Piano Competition in 2010 Benjamin Powell has gained a
reputation for intelligent and expressive performances with a strong commitment to contemporary
music. He has performed across the UK and Europe as a soloist, chamber musician, and song
accompanist in venues including Wigmore Hall, Queen Elizabeth Hall, Purcell Room, Snape Maltings, Bridgewater Hall, IRCAM (Paris), and Harpa (Reykjavik). In 2014 he was appointed pianist for Manchester’s leading contemporary music group, Psappha. He has taken part in a performance of the complete solo piano music of Helmut Lachenmann at the Aldeburgh Festival and a performance of Marco Stroppa’s Traiettoria in IRCAM, Paris. Benjamin’s recording of selections from Bach’s Well-Tempered Clavier was used in the recent National Theatre production of ‘the Hard Problem’, Sir Tom Stoppard’s latest play.

Benjamin is much in demand as a chamber musician and has collaborated with many distinguished
musicians including Stefano Canuti, Leland Chen, Levon Chilingirian, Craig Ogden, Miklós Perényi,
Thomas Riebl, Sophie Rosa and Eva Thorarinsdottir. He studied at the Royal Northern College of Music with Carole Presland and later (thanks to scholarships from the MBF, DAAD, and Lynn Foundation) with Pierre-Laurent Aimard and Alexander Melnikov at the Hochschule für Musik Cologne and RNCM respectively. Benjamin has also attended the International Musicians Seminar in Prussia Cove studying in the class of Thomas Adès.

Since 2007 Benjamin has been a staff pianist at the RNCM where he now also teaches piano. His
students have gone on to win prizes in major competitions, including BBC Young Musician of the
Year, James Mottram International Competiton, Manchester International Piano Concerto
Competition and the British Contemporary Piano Competition. Benjamin was born and raised in West Sussex and currently lives in Glossop with his wife and three children.