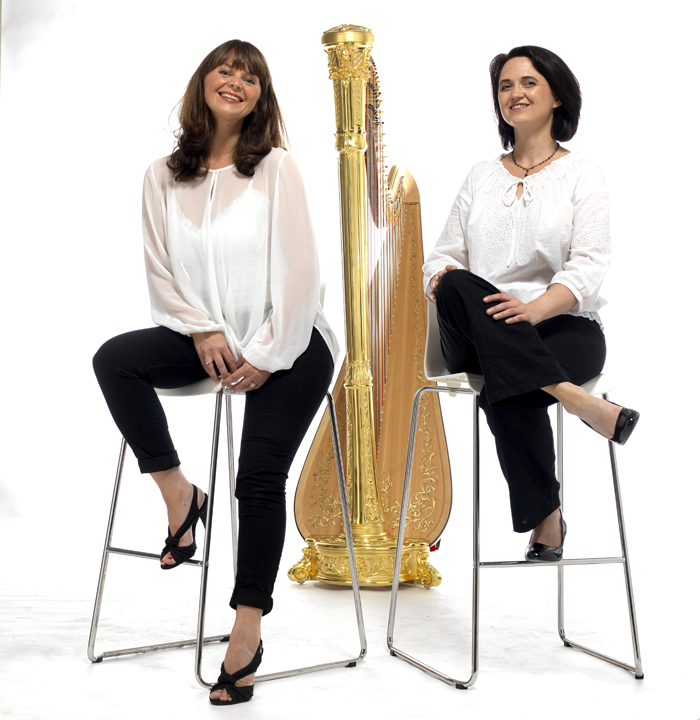 A welcome return to Sandbach for soprano Anna-Clare Monk who, along with harpist Lauren Scott, will be performing songs by Ivor Novello as well as opera favourites by Puccini & Dvorak.

raffle in aid of the Neighbours Network

This season has seen her perform the role of  Mrs.Naidoo in Eno’s critically acclaimed “Satyagraha “ by Philip Glass.

Internationally she has performed at the Cincinnati Opera House, Lyric Opera house-Baltimore, Teatro Communale- Bologna, Teatro Acrimbaldi- Milan, Herodes Atticus- Athens and many more.
Anna-Clare also enjoys a busy concert career including performances at all the major British concert venues, however, one of her favourite gigs is making music with her good friend Lauren Scott whom she met whilst studying at Chethams School of Music, Manchester.

LAUREN SCOTT is an experienced solo, chamber and orchestral musician based in the North West UK who, over the last 20 years, has worked as guest principal harp with many of the UK's leading orchestras & chamber groups including the RLPO, RSNO, Halle, BBCSSO, CBSO, BBCSO, Northern Chamber Orchestra, Northern Sinfonia, Britten Sinfonia, Psappha and Ensemble Cymru. Lauren Scott spends her time working on a project by project basis with various creative chamber groups.  Current & past projects include composing a book of new music for lever harp to be published in 2018; performing & arranging for duos with soprano Anna-Clare Monk (in 2014 they gave performances with Foden’s Brass Band a mini-opera by Andy Scott at the Queen Elizabeth Hall and the Glasgow Commonwealth games as part of the PRS New Music Biennial), flutist Clare Southworth, harp duos with Eleanor Hudson and Alex Rider, a flute, viola & harp trio with Conrad Marshall & Raymond Lester, and with Andy Scott and Clare Southworth in a flute, saxophone & harp trio; ‘Caliente’. With the late Alison Stephens Lauren established a new repertoire for mandolin & harp with Duo Mandala and their CD "Tapestry", released on the Black Box label, was nominated for Editors Choice by Gramophone magazine. A passionate harp teacher, Lauren has internet students based all over the world, and has taught harpists in Europe, Australia, United States, Iran, Afghanistan & South Korea. Lauren is active in the wider UK harp community and was, for 5 years, chairman of the United Kingdom Harp Association; an organisation which puts on harp events & supports harpists across the UK.