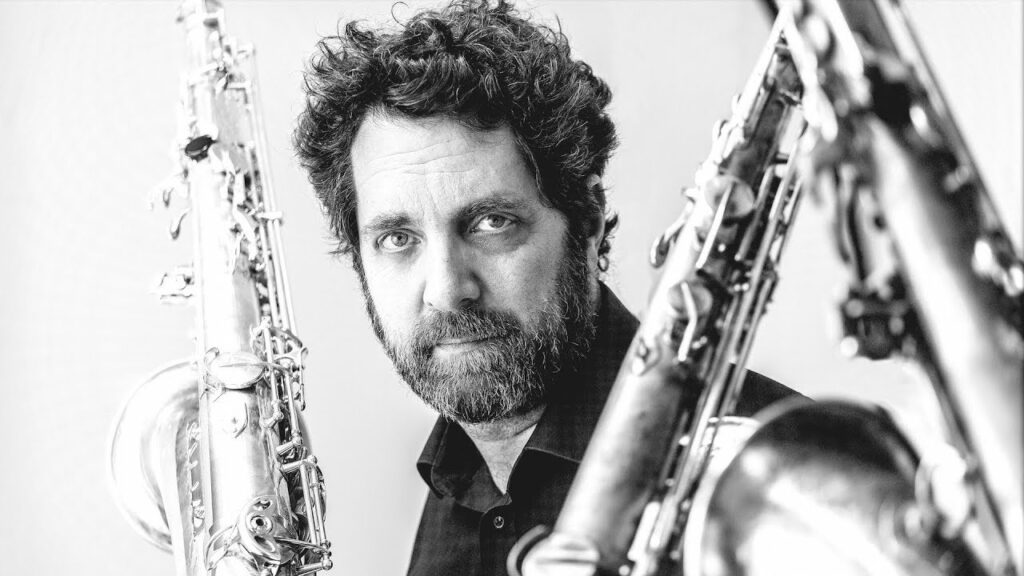 Join us for a specially created concert programme from our Artistic Director Andy Scott, that reflects his musical life as a performer, composer and improviser. Andy  is joined by special guests Fenella Haworth-Smith, Paul Kilvington, Stan Scott and Josh Savage.

Let There Be Peace – Andy Scott (premiere of this arrangement) *

It Seemed that Life was so Wonderful – John Helliwell/Andy Scott **

Andy is a multi-nominated and British Composer Award winner, a founder member of the Apollo Saxophone Quartet (est.1985), Tutor of Saxophone & Visiting Tutor of Composition at the Royal Northern College of Music, equally at home free improvising with Duo partner percussionist Dave Hassell to tackling contemporary works with ensembles such as Psappha.

Alongside is the publication of all works featured on these recordings, including ‘Concerto for Saxophone with Chamber Orchestra’ in piano reduction form (premiered by Branford Marsalis & subsequently Claude Delangle).

In addition to performances in 2022 with the Apollo Saxophone Quartet, Apollo-Artvark saxophone octet, Super Big Tramp Band, Apitos & others, Andy will lead music courses at Music Retreats in France, and co-direct the 22nd RNCM Sax Day.

Andy is Composer in Residence with the Claremont Ensemble and was commissioned alongside Lauren & Stan to create a 22-minute soundscape which accompanies the current exhibition at the Walker Art Gallery in Liverpool – The Tudors; Passion, Power & Politics.

“We moved to Sandbach in 2007 and Lauren started the Concert Series after we had got to know this wonderful town! At the same time, I was asked to write for Foden’s Band and subsequently became its inaugural Composer in Residence for a decade. Sandbach seems to be a growing hot bed for musicians, there’s a lot of creativity locally. I directed the Love Music Trust Big Band & Saxophone Ensemble in the first couple of years of the Trust, have written for Lions Youth Brass Band, and will always help how I can with our local young musicians, in addition to writing commissions and performances that take me worldwide.”